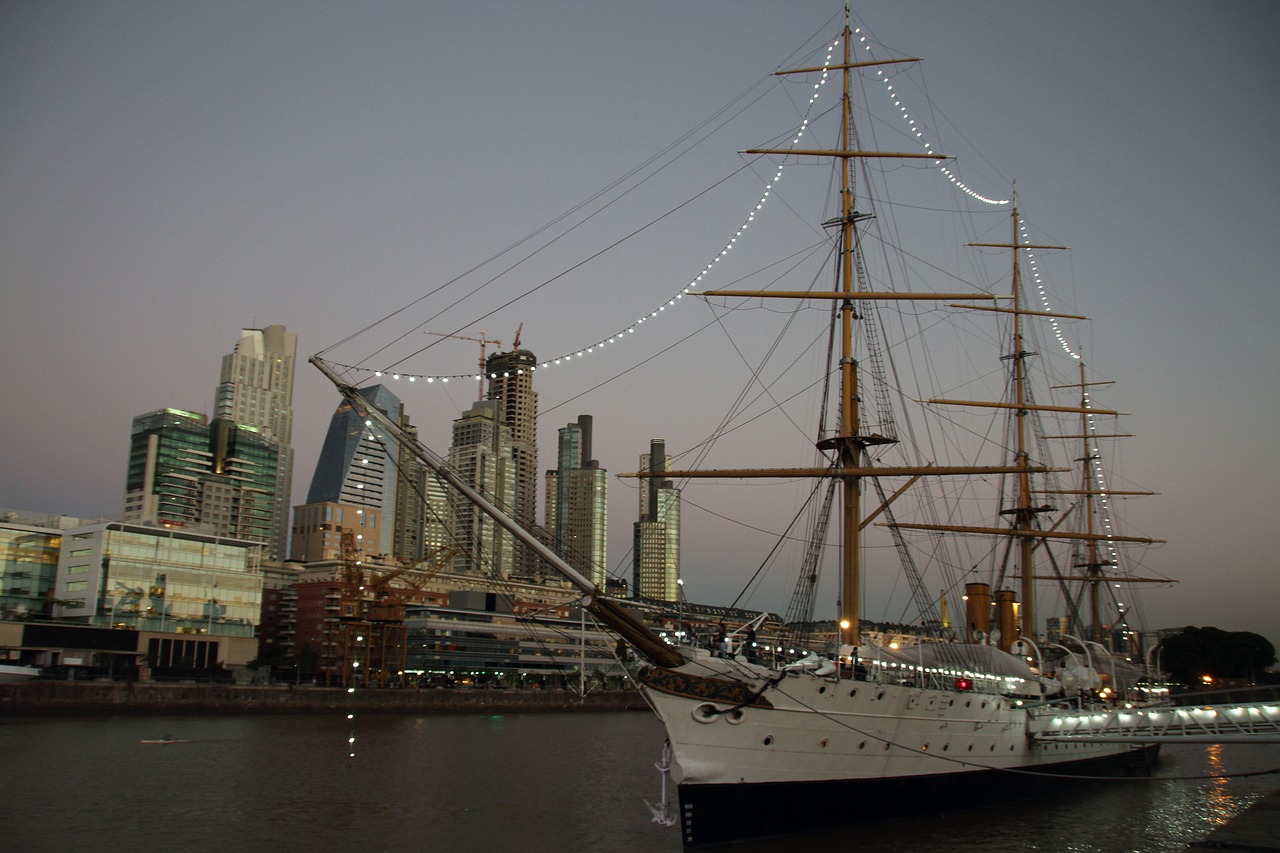 One of the principal paramilitary forces of Argentina is the Prefectura Naval Argentina (PNA) which has as its main function to be the coast guard for this large nation. This force used to depend from the Ministerio del Interior but now depends from the Ministerio de Justicia, Seguridad y Derechos Humanos, for which it performs the duties of maritime police, port security, shipping control, navigation security, border control, fishery protection, life-saving, navigational aids maintenance, coast guard and patrol of the sea frontiers in search of smugglers. This is a dual employment force with useful capabilities in the event of a conflict and has been attached directly to the Navy a number of times during its existence.

The origins of the Prefectura Naval Argentina (PNA) can be traced back to the Port Captaincy Service which was in existence even before national independence (1756). During the early 1900s it was brought under the control of the Navy under the name of Prefectura Nacional Marítima which it kept until 1970.

Due to the near conflict with Chile at the end of 1978, during the Operativo Tronador, this service detached a number of elements to the theater of operations. For example, the Hughes 369HS PA-30 was detached to the Grupo Sur of the Grupo Aéreo Insular of the Armada República Argentina (ARA), composed mostly of the Aerospatiale SA-316 Alouette III of this last force. This task force was based at a field base named Helipuerto de Campaña Andorra, near Ushuaia, and their role was to provide tactical support to the force of the IMARA. Mostly the roles were of low level tactical navigation, search and destroy and attack of enemy objectives on land and on sea. Fortunately this conflict was adverted just in time, but it has transpired that in case of conflict the first mission of these helicopters would have been to provide tactical support to a major heliported operation destined to attempt to take the Chilean islands of Picton, Nueva and Lennox, which were at the center of the conflict.

Similarly, during the 1982 Falklands/Malvinas war this service detached a number of elements to the islands and, also, to the south of the country. In the end this service lost two personnel, four injured, two patrol boats, two transport planes and one helicopter. In total, 163 personnel of this service are considered veterans of this war.

After the Falklands/Malvinas defeat, and the return to democracy, the Prefectura Naval Argentina came to be dependent from the Ministerio del Interior, in October 1984, and latter, from the Ministerio de Justicia, Seguridad y Derechos Humanos, as a more policial organisation than a military one. Still, this is clearly a dual employment force. 

The strength has grown from 9,000 to the current 14,910 personnel, of whom some 1,650 are officers, plus 500 civilians. This force is in process of becoming a fully profesionalized one, but even during conscription all of the enlisted personnel were volunteers and most of the personnel were profesionals. To this end the Prefectura Naval Argentina operates it’s own extensive network of schools. Officers follow a three years course at the General Matías de Irigoyén school while petty officers follow a two years course at the Martín Jacobo Thompson school. The current commander of the force, the Prefecto Nacional Marítimo (NM) is Prefecto General Carlos E. Fernández. The service’s headquarters are locatted downtown of Buenos Aires in the Guardacostas building.

The Prefectura Naval Argentina operates a fairly modern fleet of patrol ships, under the control of the Servicio de Buques Guardacostas, of which the five Mantilla class form the backbone of this sea-going capability of some 30 boats. It also operates some 400 lifeboats and inshore patrol crafts, most of which use the GC (GuardaCosta) prefix in their serial number, like for example the GC 26, with the exception of the really small patrol crafts which normally use the BP (Bote Patrulla) prefix, like for example the BP 6213. Some of these are of the semirigid kind and use serials with the SR (SemiRígido) prefix, for example like the SR 6008 or SR 6009. The boats assigned to the Servicio de Practicaje, Pilotaje y Baquia use the SP (Servicio de Practicaje) prefix, like for example the SP 30. A number of other prefixes are also in use, like for example; LS, SI, DF, SB, SPA and LP.

They are complemented by some ten aircraft which are fairly modern but clearly not enough to cover the extended coast line, that are operated by the Servicio de Aviación (SEAV). Some small landing parties can also be provided equipped with light infantry weapons or standard police equipment. In particular, during the crisis of 2000 the Prefectura took responsibility for the standard police work in the Puerto Madero area of Buenos Aires, which they perform quite well. Of particular mention is the Agrupación Albatros which performs the SWAT role for the Prefectura, on land and water borne situations. Last but not least, the Servicio de Salvamento, Incendio y Protección Ambiental is in charge of the salvage, fire fighting and pollution fighting roles.

All of the ships, boats, aircraft and vehicles are painted white with a diagonal argentinean light blue band, but would likely be camouflaged in the event of a conflict, as shown by the two Z-28 (CG 82 Islas Malvinas and CG 83 Río Iguazú) sent to the Falklands/Malvinas during the war.

The division of labour between the Argentinean Navy and the Prefectura Naval Argentina with regards to the surveillance of the EEZ is not quite clear with both forces actually enforcing the Economic Exclusion Zone. Normally patrol between shore and the 12 miles from the coast is a responsibility of the Prefectura Naval while the Navy patrols further than that, but the Mantilla class corvettes do operate regularly much farther than 12 miles from the coast. Now, in these times of really tight budgets, the budget wars have increased and the Argentinean Navy managed to get funding for four locally built high sea EEZ patrol boats called Patrulleros de Alta Mar (PAM), of a model yet to be defined.