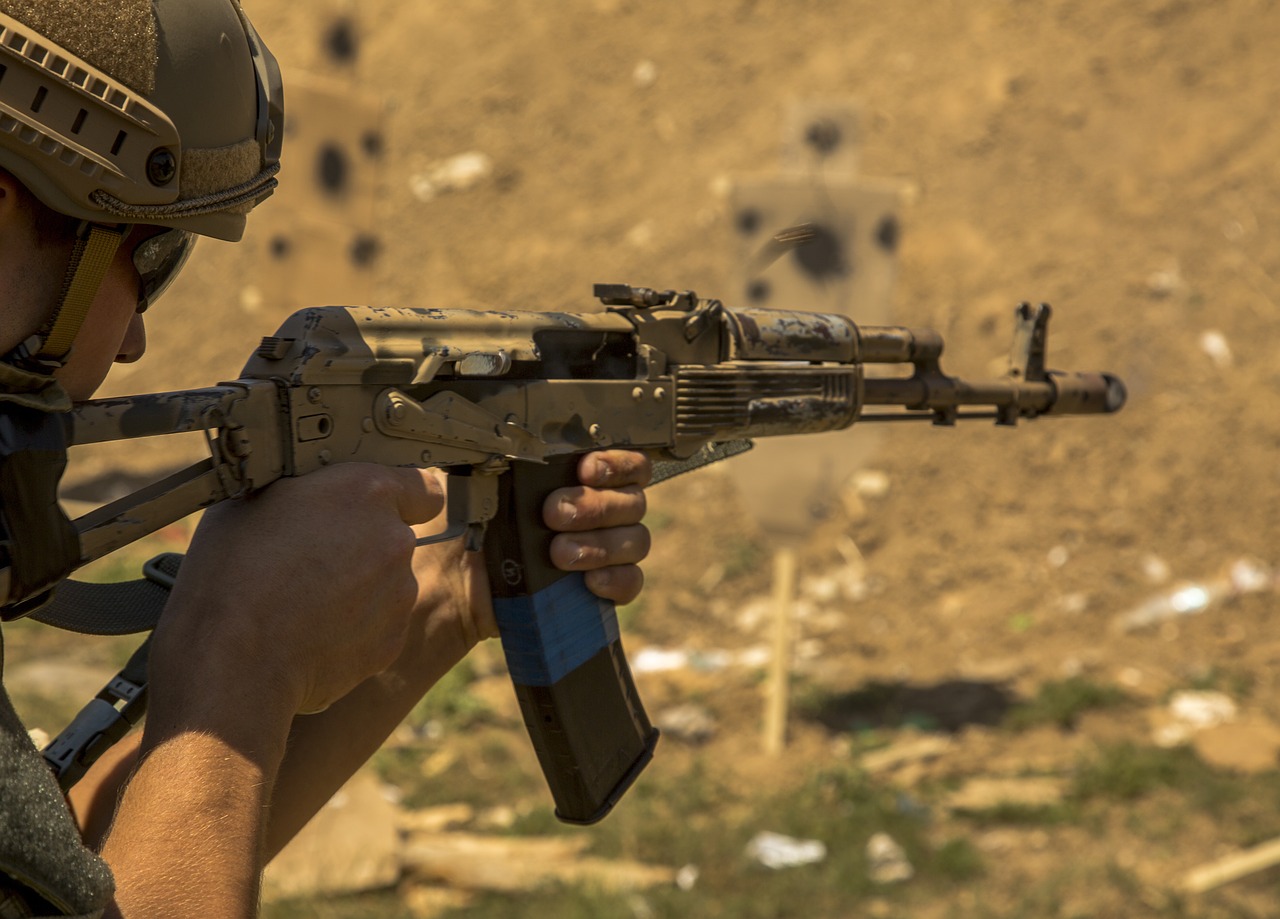 This unit was created in 1970 as a company in the NCO school Coronel Martín Jacobo Thompson with riot control functions. It became independent from the school and acquired its current name and functions in February 25, 1975.

Due to the near conflict with Chile at the end of 1978, during the Operativo Tronador, the Agrupación Albatros was field deployed to the Tierra del Fuego in the form of a light infantery batallion composed of 3 or 4 fully maned rifle companies. Similarly, during the 1982 Falklands/Malvinas war elements of the Agrupación Albatros were readied to be deployed to the islands, but in the end they remained in the mainland.

During the carapintadas insurection under the leadership of Seineldin a component of the Agrupación Albatros tried to takeover the Edificio Guardacostas, the main administrative building of this force, but another component loyal to the government prevented them to do so.

Currently the Agrupación Albatros is a highly trained and equipped rapid reaction force that can be used in a large number of police, security and disaster relief scenarios, both as an independent force or as a complement to local forces that are overwhelmed by a particular situation, especially where expertise and equipment to operate in water environments is needed. The primary mission of the unit are to provide security againts terrorism, riots or any public disturbance, that require the use of highly trained personnel, provinding support to other operative units in the areas of securing vital objectives, riot control, antinarcotic raids and frontier control. Primary missions for which this unit is trained are:

For example, this unit has been deployed a number of times to the sensitive Triple Frontera, especially just after the events of September 11. They have participated of hostage rescue operations, like the Banco Río case, and are also deployed as high-level security details, like the presidential meetings in Mar del Plata.

Operationally, this unit depends from the Director de Operaciones.

Due to the high training requirements of this unit the Agrupación Albatros operates the Centro de Entrenamiento Profesional Policial which is charged of the continuous training of its members as well as providing training to other internal security forces, both from Argentina and from abroad.

The Agrupación Albatros is composed of three operational groups;

The missions of the Compañía Operacional Táctica (COT) are;

The missions of the Unidad de Respuesta a Catástrofes (URC) are;

The missions of the Unidad de Operaciones Policiales Especiales (UOPE) are;